The Course That Teaches Teachers

Andrey Andreev, a postdoctoral scholar research associate in the lab of Caltech professor of biology David Prober, builds microscopes that shine laser beams into the brains of zebrafish. Andreev and colleagues watch for neural changes involving calcium that are a telltale signal of neural activity in particular parts of the fish brain. The goal: to understand the neural circuitry of sleep, which is remarkably similar in zebrafish and humans.

The optogenetics techniques he uses are at the forefront of neuroscience research, and several Caltech faculty members use them to push the boundaries of brain research. But such skills are difficult for younger researchers to acquire, says Prober lab senior postdoctoral scholar research associate Daniel Lee. "There is not a manual on how to do this," he says. So Lee and Andreev made one. The pair created and taught a winter term 2021 course called "Calcium Imaging and Optogenetic Approaches in Neuroscience" as part of Bi 23, a longstanding Caltech course that allows senior researchers, postdocs, and graduate students in the Division of Biology and Biological Engineering (BBE) to craft a three-credit-hour class from scratch and explore their approach to teaching. Five different courses were taught under the Bi 23 umbrella during this winter term.

Alice Huang, a senior faculty associate in BBE, has directed Bi 23 for more than a decade. She worked at Harvard Medical School when the institution transitioned from a traditional didactic teaching model to one that was more open, inclusive, and informal. When she was asked to lead Bi 23, Huang brought that experience to the task of encouraging Caltech's budding researchers and teachers to explore new ideas.

"Universities in the past have just assumed that people will come, and if they know a subject well, they'll teach it," Huang says. "But young scientists need to know there are different styles of teaching and different approaches." Bi 23 also offers an opportunity for young researchers to gain teaching experience before they hit the job market, which Huang says is a major motivation for many of her teaching volunteers.

The course is a boon not only for the teachers but also for their students, since the classes created as part of Bi 23 cover topics from across the biology spectrum including some that may not be addressed elsewhere in the Caltech curriculum. Past years featured a birding course that proved so popular, the students organized their own trip to South America afterward. Such an in-person activity would not be possible during the COVID-19 pandemic, however, so the 2021 Bi 23 instructors turned to salient topics that could be covered remotely.

Inspired by the way that movements such as Black Lives Matter forced a host of underlying racial injustices to the forefront of the public's mind, graduate student Suzy Beeler created "At the Intersection of Biology and Race" to give students a forum to tackle how biology has been used to promote or justify inequality. Her students discussed the story of Henrietta Lacks, the Black woman who died of cancer in the 1950s and whose preserved HeLa cell line remains in use in cancer research. They also responded to Caltech's decision to remove the names of eugenics proponents from campus buildings and honors. Students led other class discussions about topics they were interested in, such as the Olympics' decision to put testosterone limits on female athletes, which appears to disproportionally affect Black women, Beeler says.

"I'm not an expert in this; I spend most of my day tinkering in the lab," she says. "But I finally decided to do this course because I think a lot of people are motivated right now to do something constructive. It's about creating a space to just make people aware of these topics. So a large part of the course is student-led discussions, which was done very intentionally."

Like Beeler, Andreev and Lee adapted their course based on where their students wanted to go. Lee says they first approached the class from a theoretical framework to explain the principles behind optogenetics techniques, but their students asked for more hands-on practical training, which led to a major shift in the focus of the class. "What makes for an engaging class is really knowing your audience and what they want to learn," Lee says. "The essence of Caltech learning is this type of small group environment that affords us the ability to adapt our teaching quickly. Bi 23 specifically gives you a lot of freedom to teach in that way."

Because remote learning precluded the students from getting hands-on training in taking measurements, Andreev says, the instructors introduced them to the other crucial parts of a successful neuroscience study. He and Lee charged their students to design their "dream experiment" and walked them through the minefield of obstacles in successful experiment design. They also dedicated a class or two to the task of data analysis, because sorting the useful data from the noise in brain activity measurements requires much more time than taking the measurements themselves.

Huang says her Bi 23 teachers do an excellent job at not only preparing a course but also being prepared to adapt to their students, thanks in part to the ability to seek advice and help from Caltech's Center for Teaching, Learning, and Outreach (CTLO). "Having Caltech's CTLO group available to them has just been terrific," Huang says. "Caltech has these remarkable resources in supporting teaching and learning."

Another boost for Bi 23 teachers? A group of students hungry for knowledge. As Huang says: "There's something very special about teaching people who want to learn what you're talking about." 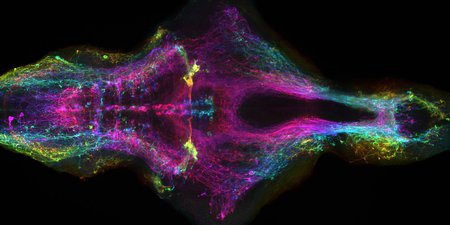 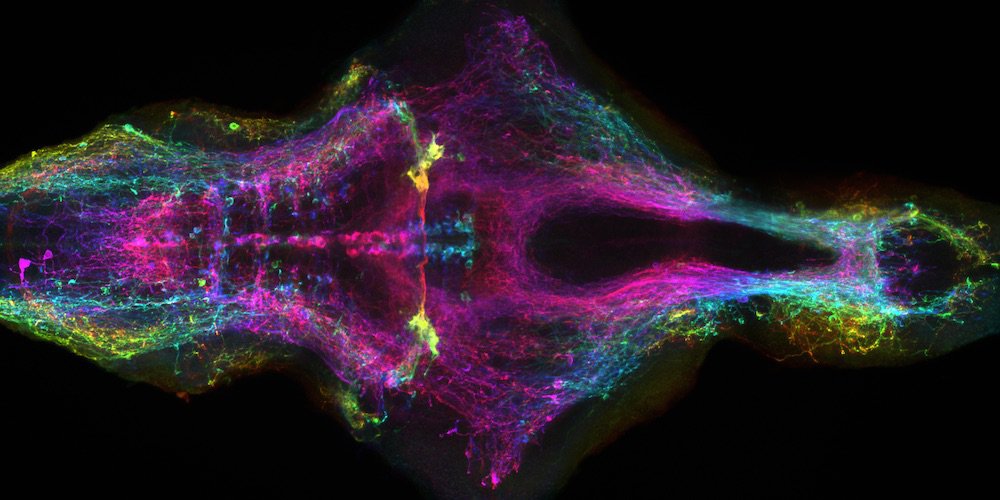