Skip to main content
Home  /  News  /  Caltech to Remove the Names of Robert A. Millikan and Five Other Eugenics Proponents from Buildings, Honors, and Assets

Caltech to Remove the Names of Robert A. Millikan and Five Other Eugenics Proponents from Buildings, Honors, and Assets

Caltech president Thomas F. Rosenbaum, acting on unanimous recommendations from the Committee on Naming and Recognition (CNR) and the authorization of the Caltech Board of Trustees, today announced the removal of the name of Caltech's founding president and first Nobel laureate, Robert A. Millikan, from campus buildings, assets, and honors. Rosenbaum and the Board also approved the removal of the names of Harry Chandler, Ezra S. Gosney, William B. Munro, Henry M. Robinson, and Albert B. Ruddock from campus assets and honors.

"The decision of the Board of Trustees is of seminal importance to Caltech's future," Rosenbaum said in a memo announcing the decision. "Renaming buildings is a symbolic act, but one that has real consequences in creating a diverse and inclusive environment. It is an act that helps define who we are and who we strive to be."

In taking this step, the Institute fully heeds the committee's recommendation to reckon and reconcile with the past, "publicly and unambiguously repudiat[ing] any shade of affiliation with eugenics." The decision is a direct response to and an acknowledgement of the named individuals' participation in the eugenics movement through affiliation with the Human Betterment Foundation (HBF), a California-based organization founded in 1928 by Ezra Gosney, which supported eugenic sterilization research and distributed propaganda in support of eugenic sterilization. Caltech's leadership concurred with the CNR that to continue to memorialize the named individuals, without a complete accounting of who they were, is inconsistent with Caltech's values. Millikan, Gosney, Chandler, Munro, Robinson, and Ruddock were successful professionals, civic leaders, and philanthropists and also prominent members of society who lent their stature and names to the furtherance of racist and discriminatory practices either as HBF trustees or members.

In making its recommendations regarding Millikan, the committee also considered his stances on gender, race, and ethnicity, finding them sexist, racist, xenophobic, and inexcusable by any standard.

"It is fraught to judge individuals outside of their time, but it is clear from the documentation presented that Millikan lent his name and his prestige to a morally reprehensible eugenics movement that already had been discredited scientifically during his time," Rosenbaum said.

As a result of its research and deliberations, the CNR conclusively determined that the use of these individuals' names does not appropriately reflect the values the Institute holds today.

"It is not enough to be an outstanding scientist or engineer, or a successful entrepreneur or professional. Individuals to be memorialized must also possess personal attributes and behavior that align fully with Caltech's mission, its values, its Honor Code, and its aspirations," the committee's report states.

The committee goes on to note: "Caltech should always strive to remember the past, namely the figures and forces that have shaped the Institute. Caltech must, however, also vie for its present and its future."

Reinforcing the committee's conclusion and its emphasis on a vision for the Caltech community, Rosenbaum said: "How Caltech is experienced by current and future generations of outstanding scholars hinges on our ability to understand our past and underscore our values. The renamings will help position the Institute to retain and attract the most talented and innovative researchers from every background, so that we may remain a leader in science and technology."

Consistent with the recommendations put forth by the CNR, the Institute will now work expeditiously with the Board, and in accordance with all legal gift agreements and contractual obligations, to implement new names. The Board will be consulted in renaming the Robert A. Millikan Memorial Library, the Linde + Robinson Laboratory for Global Environmental Science, and Chandler Dining Hall. Ruddock House will be renamed in consultation with current and past house members. Institute leaders will also work with the Division of the Humanities and Social Sciences and the Division of Biology and Biological Engineering in renaming the William B. Munro Seminar Series in the Humanities and the Gosney Research Fund, respectively.

Other honors, professorships, and awards bearing the name of the individuals in question will be renamed under the direction of the divisions, departments, and individuals most directly associated with the asset. Per the accepted recommendations, past honorees will decide whether to retain the original name of the award, professorship, or honor, or to accept the new name given by Caltech.

Central to the president's and committee's recommendation to revoke these naming honors, and the Board's adoption of the recommendation, is an explicit recognition that such removals should be undertaken only in "exceptional circumstances" that create a "breach of Caltech's core commitments" and a "threat to Caltech's future," the CNR report notes. The committee adds that any such removal of names or renaming should be conducted in a manner that fully recognizes and fosters greater awareness of the Institute's history. To guide current and future naming practices, the committee drafted a set of foundational principles.

The report states that Caltech should leverage this change as an opportunity to "delve more deeply into its history, using it to launch initiatives constructed to inform and educate its community and public."

While the committee had also been charged with considering campus memorializations of Thomas J. Watson Sr. for his alleged ties to Nazi Germany through his leadership of IBM, it ultimately withheld judgment on this renaming. An archival investigation into these matters "undermines the essential accusations in Edwin Black's IBM and the Holocaust, thereby removing any firm basis to recommend renaming the Watson Laboratories of Applied Physics," Rosenbaum said.

The CNR's full report can be found on the Institute's new Inclusive Caltech website. Answers to frequently asked questions about this report, the process by which it was created, and the archival research and sources consulted in the process are also available.

These actions were in part the result of two petitions submitted to Caltech's leadership last summer. One petition, dated June 25, 2020, was submitted by the Black Scientists and Engineers of Caltech (BSEC); the second petition, dated July 22, 2020, was authored by Michael Chwe (BS '85), a Caltech alumnus who is now a professor of political science at UCLA. Both called on the Institute to remove from all campus assets and honors of the names of past Institute leaders who had been associated with eugenics and the HBF; the BSEC petition pressed for additional interventions to bolster diversity, equity, and inclusion efforts on campus. The petitions garnered more than 1,000 signatures each.

To further consider the matter and to make recommendations for general policies related to naming, Rosenbaum established the CNR on July 22, 2020. The committee, chaired by former Board Chair Benjamin Rosen (BS '54), brought together individuals from across the Caltech community: students, postdocs, faculty, staff, alumni, and trustees.

"The members of the committee were able to offer diverse perspectives to the issues at hand, representing very different domains of expertise and tapping distinct life experiences and backgrounds," Rosenbaum said.

The CNR met weekly between July 29 and December 17, 2020, to study the petitions presented, determine the historical facts involved, and ultimately recommend the best course of action for Caltech regarding naming and recognition. The members spoke with two members of the Caltech community about two petitions submitted by UCLA Professor and Caltech alumnus Michael Chwe and the Black Scientists and Engineers of Caltech (BSEC), respectively; sought advice from historians affiliated with Caltech, Yale University, and Harvard University; consulted an extensive collection of documents on eugenics and the HBF; and examined Institute records, including its 2015 Naming Policy, which states in part that the Institute reserves the right to revoke naming in instances where a donor's "character or reputation for honesty, personal integrity, and personal and professional ethics is no longer consistent with the mission of the Institute" or in cases where "the name will bring discredit to the Institute and/or is not consistent with the mission of the Institute."

In addition, all alumni, students, postdoctoral scholars, faculty, staff, parents, and trustees were invited to submit, anonymously and confidentially, their thoughts on naming and recognition through a survey created by the CNR; the committee also incorporated elements of campus conversations held during the summer and fall of 2020. Finally, to put their effort into a national context, the CNR surveyed recent developments across a number of peer institutions.

"Through a careful, deliberative process, informed by close reading of primary sources, consultation with a broad spectrum of experts, advocates, and Caltech community members, and an open exchange of views, the committee came to clear, unanimous conclusions grounded in Caltech principles," Rosenbaum said. "There is extraordinary power in this process, which serves as a guide to reconcile actions with principles. It sets a course for Caltech that both remembers where we came from as an institution and lays the groundwork for times to come."

Text revised on February 27, 2021, to clarify the relationship between the invited speakers and the authorship of the relevant petitions. 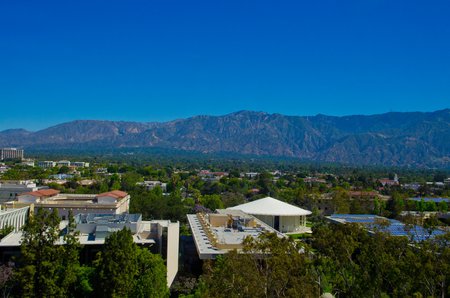 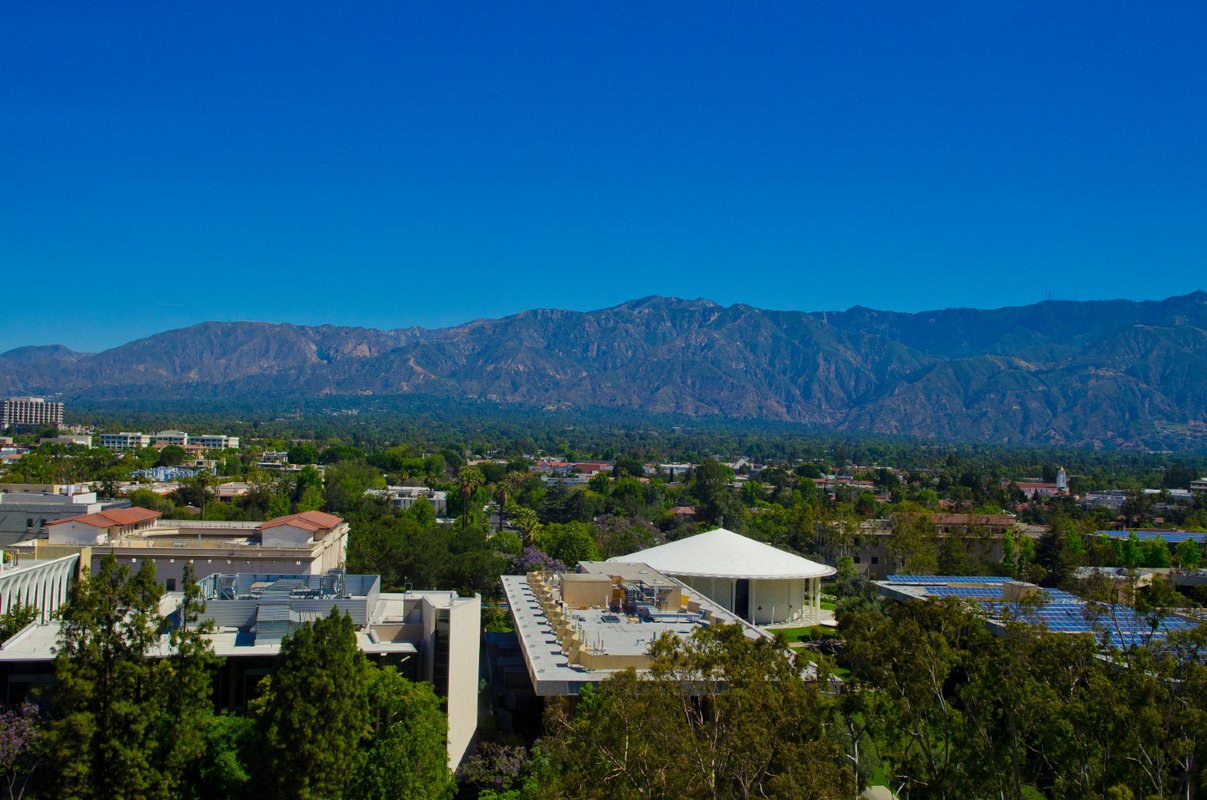