Donald V. Helmberger, who ran the Caltech Seismological Laboratory from 1998 to 2003, passed away on August 13 at the age of 82.

Helmberger, Smits Family Professor of Geophysics, Emeritus, was born on January 23, 1938 and grew up in Perham, Minnesota, a small town between Fargo and St. Cloud. His older brother, John, was the first in the family to get a college education, at the University of Minnesota, and eventually earned a PhD. He led the way for his younger brothers, Richard, Peter, and eventually Donald.

Helmberger earned his bachelor's degree from the University of Minnesota in 1961, working in food service to pay his way through. While pursuing his degree, he connected with alumnus George Shor (BS '44, MS '48, PhD '54) of the Scripps Institution of Oceanography, who took Helmberger on a research cruise to Alaska in the summer of 1961 to conduct seismic studies of the oceanic crust in the Bering Sea.

"It was, I would say, probably the most stimulating summer that I've ever had. And an eye-opener," Helmberger said of his first foray into seismic work in a 1999 oral history. "The seismology we did was very exciting. We were trying to determine the structure of the oceanic crust. At that time, it was known that the earth's crust underneath the oceans is a lot thinner than continental crust, but they were still trying to figure out how sharp the structures were, and the various seismic properties of the oceanic crust—density, and things like that—and how it varied as you moved around various parts of the ocean. I got quite interested in the data that was taken."

The cruise changed the course of Helmberger's academic career: although he was originally interested in physics, he shifted his focus to geophysics when he entered graduate school at UC San Diego. He earned a master's degree in 1965 and a doctorate degree in 1967.

While at Scripps, Helmberger also took courses from famed Caltech alumnus Walter Munk (BS '39, MS '40), who was often described as the "Einstein of oceanography."

Helmberger later recalled: "I took his course and read his book, The Rotation of the Earth, which was all about the various parameters that affect the earth's rotation. I quickly discovered that my math was much better than his, and I made the terrible mistake of going through his book and correcting all his equations ... So I got an A, because he said, 'Yes, you can do this stuff.' ... [but] I never asked him for a letter of recommendation, because I'm sure he thought I was hopeless."

After he earned his PhD, Helmberger took a position as a research associate at MIT and then worked as an assistant professor at Princeton University. He returned to California when he was offered a job in Caltech's Seismological Laboratory by Don Anderson, the lab's director from 1967 to 1989. Helmberger recalled that he was intrigued by the Seismological Laboratory because it was one of only two places at the time that maintained large earthquake catalogs.

Colleagues describe Helmberger as humble with a mischievous sense of humor. For years, every Saturday morning, he enjoyed playing football with his colleagues and students in what used to be an open field across from South Mudd Hall (where the Seismo Lab is currently located).

"He was as competitive on the football field as he was nice in science," remembers Tom Heaton (PhD '78), professor of engineering seismology, who was Helmberger's third graduate student.

On the morning of February 9, 1971, the magnitude-6.5 San Fernando earthquake shook him out of his bed in Altadena. The event kindled his interest in modeling earthquakes to understand the physical forces that drive them. At the time, earthquake models typically focused on long-period seismological waves, which reveal how Earth vibrates as a whole. Helmberger and his colleagues pioneered the development of models based on the short-period waves that actually cause damage. These models revealed details about the earthquake itself, such as the complexity of the fault rupture and its depth below ground.

Helmberger brought to Caltech the skill, acquired from his PhD advisor J. Freeman Gilbert at Scripps, for solving the complicated mathematical equations that governed waves traveling through layered media—for example, seismic waves that move through the earth.

At the time, most seismology involved researchers who looked at seismograms, read arrival times for seismic waves, and tried to figure out where the waves had come from. Using a method developed by French geophysicist Louis Cagniard and improved by Dutch electrical engineer Adrianus de Hoop, Helmberger created computer algorithms that would try to predict what a seismogram should look like during a given earthquake; this, in turn, allowed him to see where prediction failed to match reality, and to develop models of what structures within the earth could have caused the mismatch.

"Now, that's the heart and soul of seismology: make a model, run waves through it, and compare them to actual seismograms," Heaton says. "Don was at the forefront of that."

The math was devilishly tricky, and the computers of the day were primitive compared to what seismologists use now. In order to even generate the algorithms that they could solve, seismologists had to do most of the math by hand. But Helmberger was able to train a generation of budding seismologists on what would turn out to be a critical new way to probe the earth's inner structure.

"Don's career was symbiotic with Caltech. He was at the right time and place to use his talent to instruct lots of other talented people who came his way, and when it was finished, he had this tremendous impact on the field," Heaton says.

Another part of Helmberger's genius as a seismologist lay in his ability to look at a seismogram and understand which squiggles and wiggles represented something interesting and worthy of study, colleagues say. He would then task graduate students with tracking down what caused the squiggle to unearth new insight into the earth's inner structure.

"He had this knack, this unbelievable knack, of seeing things in seismograms," says Mike Gurnis, the John E. and Hazel S. Smits Professor of Geophysics and current director of the Seismo Lab. "To the very end, he kept finding anomalies and he'd show everyone in the lab, saying 'Well, what does this mean?' I don't think anyone in the world had this same gift of seeing the wiggles, and then making a model of Earth's inner structure based on them."

Stephen Grand (PhD '86), now a professor at the University of Texas at Austin, remembers getting one of those wiggle-based assignments when he started as a graduate student at the Seismo Lab in 1979. The work eventually morphed into his PhD dissertation.

"I asked him if he had any ideas for a starting project, and he showed me seismograms recorded at different stations in Canada. There were two little wiggles recorded at one station which came together into a giant wiggle recorded at another," Grand recalls. "And he said, 'Wow, look at that! You go figure out what these wiggles are, and why they came together in a giant pulse.' He's the only person in the world who would've noticed it."

Seismic waves, it turned out, were interacting with changes in regions of the mantle that had different physical and chemical properties. Grand's dissertation included trying to come up with a three-dimensional picture of the mantle, and how seismic wave speeds vary as they travel through it.

"If you find something that doesn't fit, that's the thread. Keep pulling it, and that's where the real breakthroughs come from," Heaton says. "It's like Sherlock Holmes. There's a lot of information, and it's confusing, and then Sherlock picks up one piece of evidence that winds up being the key to the whole problem. Don had the capability to find those keys."

His genius came with quirks, as it often does: several colleagues and former students recalled how Helmberger could get abruptly and completely lost in thought, staring out the window of his office, which enjoyed a beautiful view of the San Gabriel Mountains.

"Many of us at Caltech have minds that are not normally wired, and neither was Don's," Heaton says. "You'd be talking to Don, and then time would just stop. It was like somebody flipped a switch. He'd be looking out the window, not responding or saying anything, and you'd think something had gone wrong. But then he'd pick up 15 seconds later, as though nothing had happened. It unnerved students at first, but they got used to it."

Helmberger's primary research interests involved seismic-wave propagation and the use of waveforms to recover information about earthquake characteristics as well as the earth's structure. This technique helped him to make two seminal discoveries. First, in the 1980s, he found that there is a layer at the bottom of the mantle (called D'' or "D Double Prime" by seismologists), that was initially thought to be like the "crust" except at the bottom of the mantle.

"We proposed that it was an undiscovered phase transition in the mineralogy of the mantle," Gurnis says. "It was outrageous when it was proposed, and I don't think that anyone believed it. But Don pushed the idea because he knew the seismology was right and a couple of years later mineralogists discovered that there was a phase transition as predicted."

Then, in the 1990s, Helmberger discovered ultralow velocity zones (ULVZs), which are unusual masses that lurk at the base of the earth's mantle, just above the core. ULVZs, which are so-named because they significantly slow the seismic waves that pass through them, have been observed under the Pacific Rim, North America, Europe, and Africa. ULVZs may be partially molten material, or they may be a different composition of material, as proposed recently by Jennifer Jackson, professor of mineral physics.

"He discovered more about the deep interior of the earth in the last half of the 20th century than any other researcher in the world," Gurnis says.

"The impact he has had over the years has been enormous," Heaton adds. "It can't be overstated. He, and the students he worked with, completely transformed seismology."

Helmberger took over the directorship of the Seismo Lab from Hiroo Kanamori, John E. and Hazel S. Smits Professor of Geophysics, Emeritus, in 1998, and ran the lab until 2003, helping to manage the large volume of data that the lab continued to collect and its relationship with the United States Geological Survey (USGS).

"For the period between 1985 to 1998, thanks to the efforts of Egill Hauksson [research professor of geophysics] and Tom Heaton, the Seismo Lab built a wonderful broad-band seismic network in Southern California," Kanamori says. "Although the network was effectively used for long-wavelength applications, it had not been used much for research using short-period waves. I am sure everyone thought that Don's leadership in this field could promote good science, making good use of the modern network. As we have seen, it worked well indeed."

Kanamori, who had an office adjacent to Helmberger for more than 30 years, noted that he would be sad to return to South Mudd Hall after the COVID-19 pandemic ends, and not find his old friend and colleague right next door. "Seismology will never be the same without Don, but he had many superb students and associates and his legacy will be inherited from generation to generation," Kanamori says.

In 1997, Helmberger became the first recipient of the American Geophysical Union's Inge Lehmann Medal, and he was named to the National Academy of Sciences in 2004. He became an emeritus professor in 2017.

He was preceded in death by his daughter Erin and son Elliott. He is survived by his wife Annette Sellon; daughter Genevieve Helmberger (Brian Kern); and two grandchildren, Bradley and Adeline Kern.

An abbreviated version of this obituary was originally published on August 13, 2020. 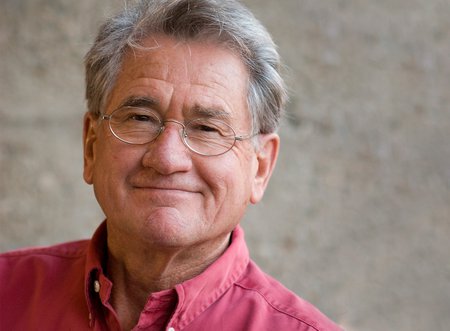 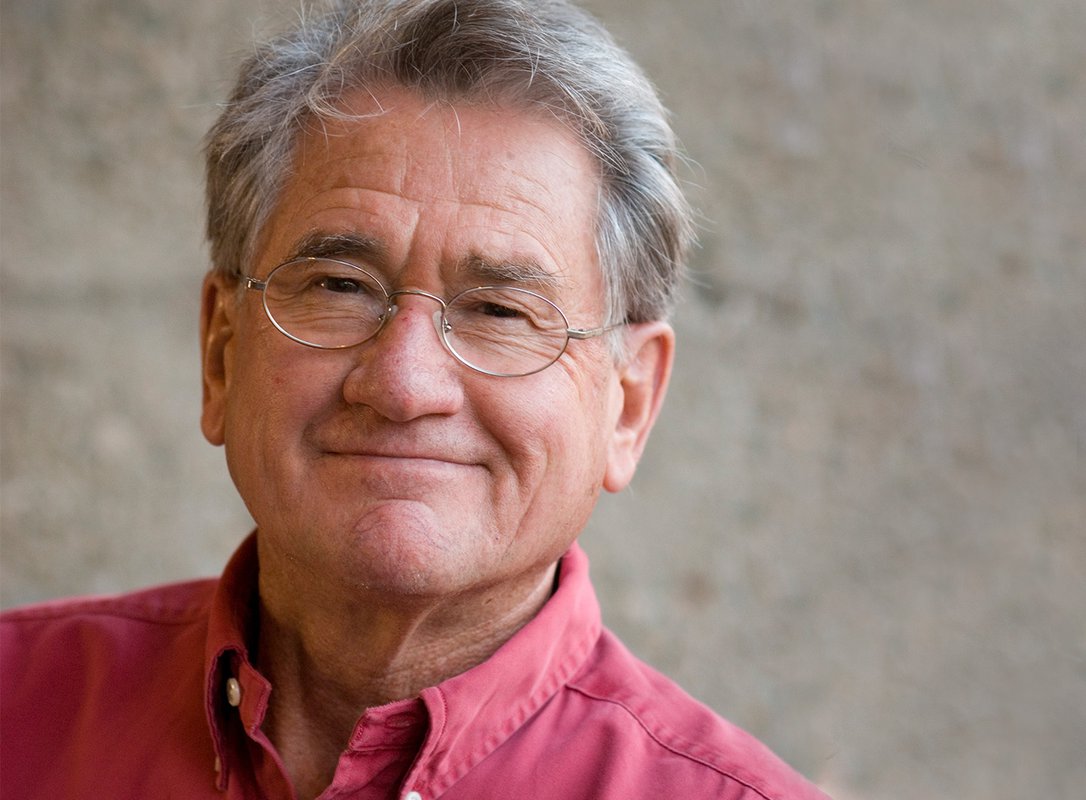