The Hidden Math of Bacterial Behavior

As modern medical science has become increasingly aware of the positive role that bacteria and other microorganisms can play in our health, a mystery has emerged: How is it that beneficial microbial communities can sometimes "flip" into a harmful state that is stubbornly resistant to treatment?

In a new paper published in Science Advances, researchers working in the lab of Rustem Ismagilov, Caltech's Ethel Wilson Bowles and Robert Bowles Professor of Chemistry and Chemical Engineering and director of the Jacobs Institute for Molecular Engineering for Medicine, show a mechanism that could explain how small triggers can cause a microbiome to flip from a beneficial state to a harmful state and get stuck there.

"We see microbial shifts in many diseases and conditions that affect health," says Tahmineh Khazaei (PhD '19), lead author and postdoctoral scholar in biology and biological engineering. "What we don't know is how these switches occur and why they persist. Our research aims to help answer that."

Khazaei says that microbial shifts can be found in several conditions, like small intestine bacterial overgrowth (SIBO), gum disease, and wound infections—in all of these cases, anaerobic bacteria (those for whom oxygen is toxic) begin to proliferate among the aerobes, or "oxygen-breathing" bacteria.

"It is perplexing to see anaerobes proliferate in oxygenated environments that are seemingly unsuitable for their growth," she says.

Khazaei and her colleagues mathematically modeled these microbial communities and found that they and their propensity to switch between states can be described as a system featuring multistability and hysteresis (MSH). Multistability means the system can exist in two or more stable states, while hysteresis means the system has a tendency to want to stay stuck in a state once it's there. MSH is a concept that's been known to physicists and engineers working in other fields, but here, the research team has found it applies to the behavior of microbial communities as well.

MSH can be thought of as a rusty seesaw with a person standing atop it. If the person stands on one end of the seesaw, that end will tip down onto the ground. That is one stable state.

If the person starts walking along the top of the seesaw toward the other end, they will eventually cross the center of the seesaw and it will want to tip its other end toward the ground—its other stable state. That is multistability. But because the seesaw is rusty, it will resist tipping until the person is well past the center. This tendency to resist change is hysteresis.

After developing their model, the team needed to see if MSH was a property of bacterial communities in the real world as well, so they built an incubation chamber that they could "tune" to see how microbial communities respond to changing conditions, and if they would undergo the theorized state switch. They chose two bacterial species, one aerobic and one anaerobic, that are found in SIBO patients, for the experiment.

As predicted by the model, after sugar levels were raised to a certain threshold in the chamber, the researchers saw the community switch from an aerobe-dominated state to a state in which aerobes and anaerobes co-existed. This new community state remained "stuck" (like the rusty seesaw) even when sugar was eliminated.

The team next examined what was happening at a biochemical level within the system and found that "metabolic coupling" allows them to survive together across a broad range of conditions, including in an oxygen-rich environment that would otherwise not support the anaerobic bacteria.

The metabolic coupling works like this: When sugar levels are low and oxygen levels are high, only the aerobic bacterial species can survive. When sugar levels rise high enough though, the aerobe uses up so much oxygen in its metabolism that it creates a low-oxygen zone around it that the anaerobe can live in. The anaerobe then survives by digesting complex sugars that the aerobe cannot. In doing so, it breaks these complex sugars down into simple sugars, some of which are then consumed by the aerobe. The aerobe's consumption of those simple sugars uses up oxygen in the process, thus keeping a hospitable low-oxygen zone for the anaerobe, even though oxygen is present in the surrounding environment. Once that state is reached, the system stays that way, even when the researchers stop adding simple sugars to the incubator, because the bacterial community can now survive on complex sugars instead. One species provides fuel for the community, while the other offers protection from oxygen.

"Mathematical models are predictive, but at the end of the day, you have to actually show it happens," Khazaei says. "When we saw the anaerobe growing in the presence of oxygen, it was a really exciting moment."

She adds that discoveries like this are important because they help us better understand what is happening when bacteria behave in unexpected ways.

Khazaei says a better understanding of how microbiome communities switch from states of health to disease may one day help researchers figure out ways to help them switch back to a healthy state.

The work was developed in part under a multi-institute collaboration that is funded by the Army Research Office, an element of the U.S. Army Combat Capabilities Development Command's Army Research Laboratory. The aim of that project is to understand microbiome-gut-brain circuits for microbial modulation of host cognition in response to environmental effects, including diet and stress.

"The microbiome-gut-brain axis is one of the many important areas of focus where applications to human health have been limited by the lack of understanding underlying causative dynamics," says Dr. Frederick Gregory, program manager at the Army Research Office. "This study highlights the potential importance of multistability and hysteresis as a foundational framework to study dynamics of microbial communities in many broadly relevant contexts. These outcomes, for example, can inform Army efforts to develop the next generation of combat feeding solutions to promote Soldier gut microbiome health and resilience to gut dysbiosis."

Funding for the research was also provided by the National Science Foundation, and Caltech's Center for Environmental Microbial Interactions. 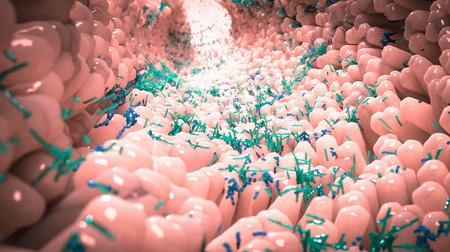 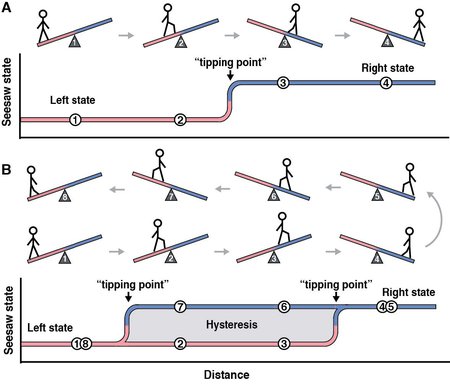 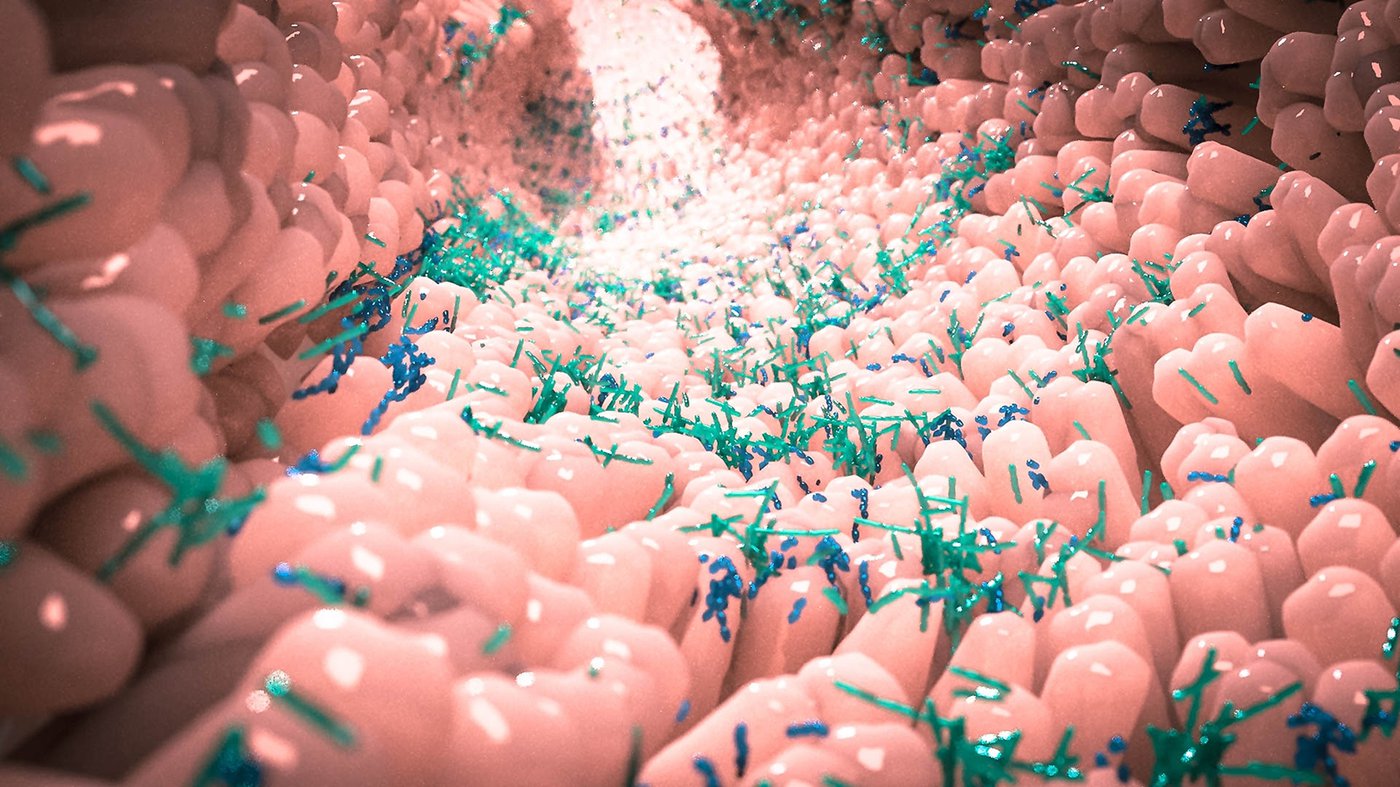 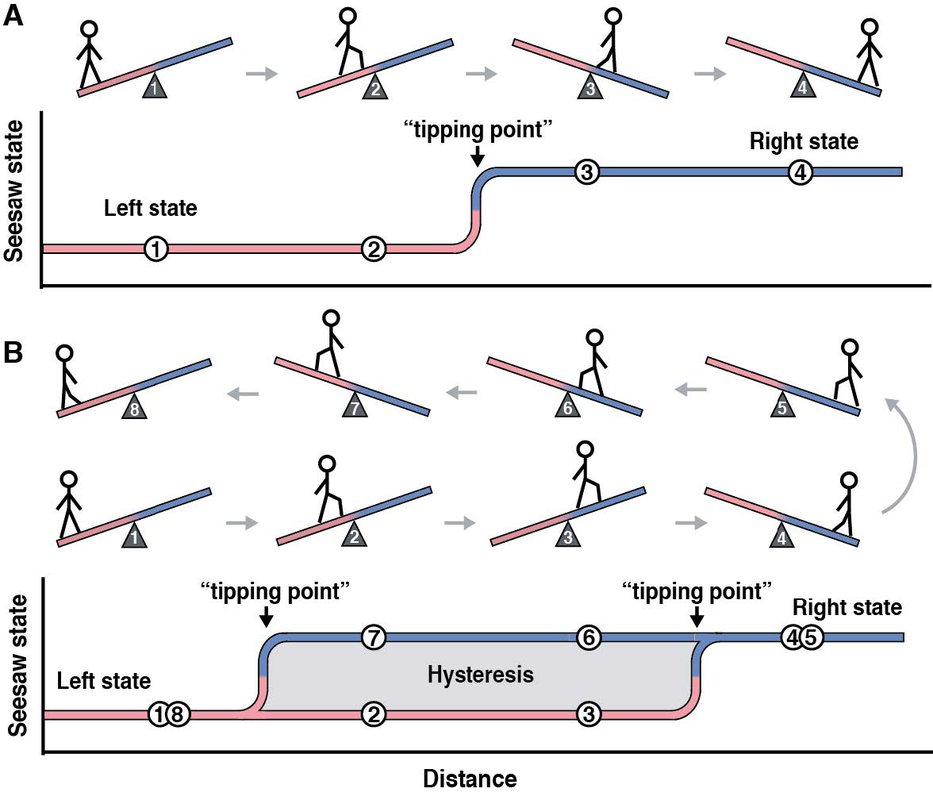