Like a champion fighter gaining confidence after each win, a male mouse that prevails in several successive aggressive encounters against other male mice will become even more aggressive in future encounters, attacking faster and for longer and ignoring submission signals from his opponent.

This phenomenon is interesting to people who study the neuroscience of behavior, because aggression is an innate, hard-wired behavior in the brain. This means that a mouse does not need to learn aggressive behaviors before it engages in them; aggression is instinctive upon reaching adulthood. However, experiences (say, repeated successful aggressive encounters) are able to alter this innate behavior.

Now, a team of Caltech researchers has discovered that hard-wired neural circuits governing aggression in mice are strengthened following their victories in aggressive encounters, and has identified a learning mechanism operating in the hypothalamus—a brain region traditionally viewed as the source of instincts, rather than learning.

A paper describing the research appears in the journal Proceedings of the National Academy of Sciences on September 24.

There is a difference between innate behaviors and those that are learned. For example, mice can be taught that performing certain behaviors (for example, pulling a lever) can result in a positive outcome (such as receiving food). On the other hand, innate behaviors like aggression are instinctive to male mice; the mice do not need to learn how to lunge and attack when confronted with other mice they deem a threat—they just react.

Previous studies have shown that a male mouse, once it has won in several aggressive encounters with other males, will exhibit increased aggression in future encounters. In other words, an innate behavior is altered by experience. This effect is termed "aggression training."

Led by postdoctoral scholar Stefanos Stagkourakis, the Caltech team examined a particular connection in the mouse brain where a group of synapses transfer signals from a little-studied region at the junction between the amygdala (a brain region notable for its role in fear-related behaviors) and the hippocampus (which plays a role in short-term memory) to a specific subdivision of the hypothalamus called the ventromedial hypothalamus (VMH), which controls aggressive behaviors in mice. (The hypothalamus also contains neurons in other subdivisions that mediate other social and homeostatic behaviors, such as mating, parental behavior, feeding, and thermoregulation, but these were not studied.)

The team found that after aggression training, these synapses show signs of long-term potentiation (LTP), which is similar to turning the volume knob up on the signal. Instead of just talking to the neurons in the hypothalamus, these synapses are shouting at them, causing them to react more strongly.

Using the Caltech Brain Imaging Center, the team studied the dendrites of neurons, protrusions extending from neurons that receive signals from other neurons, and in particular the dendrites' spines, structures that act like miniature radio antennae on the hypothalamic neurons to detect input from other brain regions. They examined the number, size, and shape of these structures before and after aggression training. They found that aggression training caused the growth of many additional dendritic spines on hypothalamic neurons. Such structural changes are expected to make these neurons more sensitive to incoming signals, and therefore more easily activated.

The team also experimentally prevented LTP from forming on these synapses during aggression training, and found that aggression-training no longer led to an increase in aggressive behaviors in these mice.

Although all of the male mice tested were genetically identical, about 25 percent never showed aggression and also were "immune" to the behavioral changes caused by aggression training. The authors further found that such behavioral heterogeneity among genetically identical mice is due to naturally occurring variations in serum testosterone levels: the non-aggressive mice had, on average, lower levels of testosterone than their aggressive siblings. Administration of supplemental testosterone to the non-aggressive mice caused both the appearance of aggressive behavior and LTP at the amygdala-hypothalamic synapses.

This work identifies changes in a very specific brain region after aggression training, but the adaptations that mediate the behavioral effect of aggression training likely occur at multiple sites in the brain. In future work, the team will examine how neural activity in different brain areas changes following social experience and will attempt to identify brain nodes of high significance in the neural circuit of aggression. The team also hopes to investigate how testosterone levels can vary among otherwise genetically identical mice, since the hormone is synthesized by genetically encoded enzymes.

The paper is titled "Experience-dependent plasticity in an innate social behavior is mediated by hypothalamic LTP." Stagkourakis is the paper's first author. Additional co-authors are microscopy technician Giada Spigolon, undergraduate Grace Liu, and Anderson. Funding was provided by the National Institutes of Health, the EMBO, and the Howard Hughes Medical Institute. 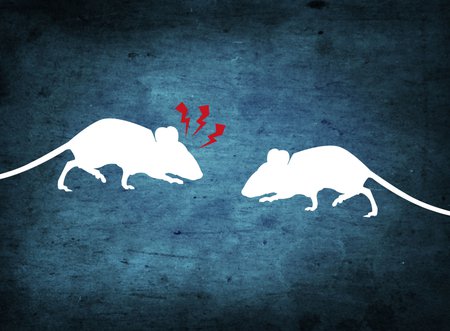 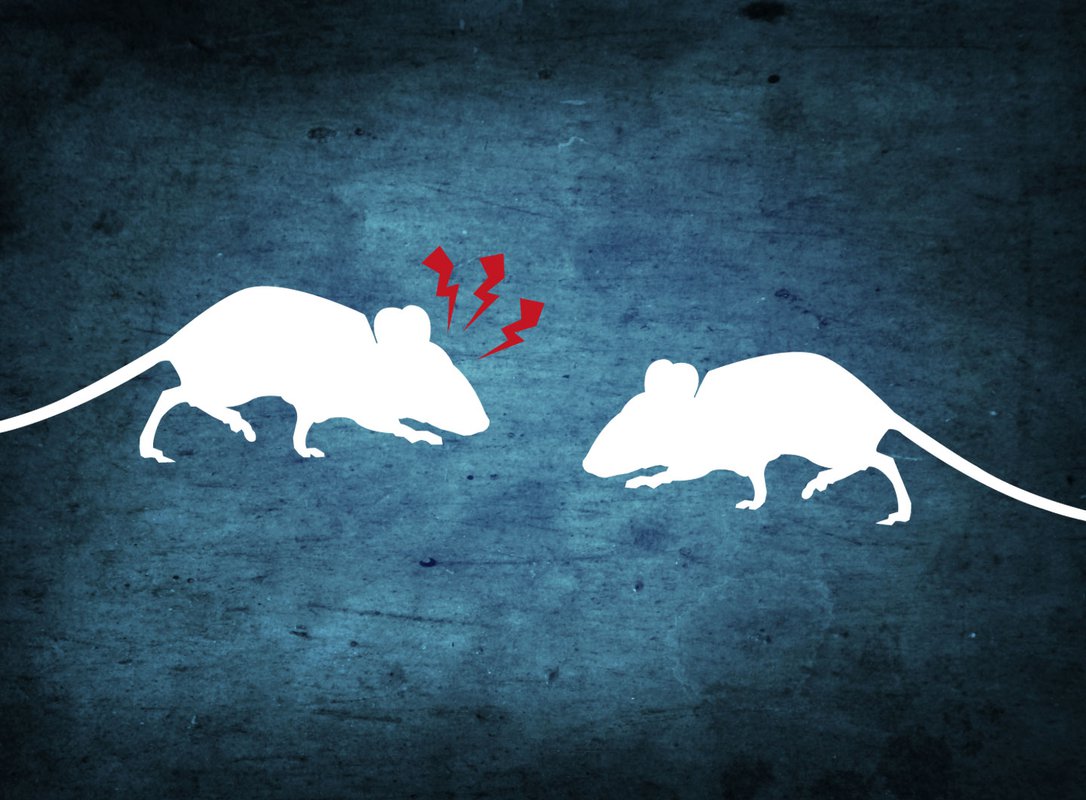