Colleges and universities around the world, Caltech included, have spent much of 2020 adapting to fully remote instruction because of the COVID-19 pandemic. Grant Jensen, Caltech professor of biophysics and biology, however, has found himself ahead of the curve. For the past six years, he has used online learning to teach the basics of a cutting-edge technique.

Cryo-electron microscopy has become one of the most important and influential scientific tools in the 21st century, with its creators sharing the 2017 Nobel Prize in Chemistry. Yet this high-tech way to visualize the structure and components of cells and viruses has been passed down like an old-fashioned craft, Jensen says. Most of the researchers who know the technique, Jensen included, learned it under the tutelage of one of the few professors around the world with a mastery of cryo-EM.

Jensen wanted to offer this knowledge to the wider world. So, in 2014, he used seed funding from Caltech to record the introductory lectures through which he taught his postdoctoral scholars how to get started with cryo-EM. The recorded lectures grew into a fully online course that takes its students from the fundamental principles underlying cryo-electron microscopy to the strategies for sample preparation and data collection.

Getting Started in Cryo-EM with Professor Grant Jensen 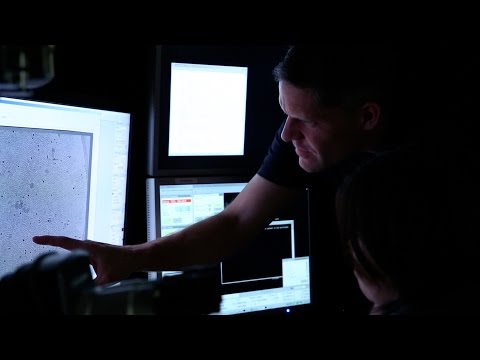 Today, as the COVID-19 pandemic has forced colleges and universities to move much of their instruction online, many have had to create something similar to Jensen's approach to online instruction. Over the years, his videos have garnered nearly 1 million views and become the go-to resource for anyone who seeks an introduction to the cryo-EM technique.

Jensen says he is stunned by the reach of his videos. In a typical year, he would teach cryo-EM to about 10 graduate students and postdocs, which would amount to about 400 students over the course of a 40-year career. By making his instruction available to the general public, Jensen has amplified his reach by many orders of magnitude.

"It completely changed my thinking about time spent teaching," Jensen says. "Not all professors think teaching is the best use of their time, but I think making these lectures is probably the most impactful thing I've done in my career or ever will. There's no paper that my lab has produced, or perhaps even all of them together, that have been read as many times as these lectures have been watched."

Ordinary electron microscopy uses accelerated electrons as a source of illumination because the electrons allow the researcher to image their subject with wavelengths far shorter than that of visible light. Cryo-EM, as the name suggests, involves electron microscopy on samples that have been flash-cooled to cryogenic (very low) temperatures, which preserves them in a state that closely resembles how they would appear in living tissue.

The method complements other modern techniques frequently used in biology: X-ray crystallography and NMR spectroscopy, for example, surpass cryo-EM in their ability to image the very small, such as individual proteins. But cryo-EM is ideally suited to big complexes such as entire cells and viruses, Jensen says, and allows scientists to view these "biological macromolecules" in unprecedented resolution. Jensen is fond of a saying by the late Caltech professor Richard Feynman that it's easy to answer many questions of basic biology if you can just "look at the thing." That is the promise of cryo-EM.

"We've looked at cells and seen things that nobody ever saw before with other forms of microscopy," Jensen says, "and then gone on to characterize them more completely and understand how they work. The same thing is true with viruses. Cryo-EM has allowed us to see things on the surfaces and inside viruses that people didn't understand before. There just wasn't any way to look at them."

Cryo-EM was proposed as a possible technique decades ago and became possible in recent years thanks to advances in detectors and algorithms for interpreting the incoming data from the microscope. However, when Jensen began to record his lectures, there was no textbook on the market to explain the principles and techniques behind cryo-EM. His videos quickly became one of the best available sources of information. When the National Institutes of Health offered grants for such educational materials, Jensen received one and used the funds to grow his video library beyond theory on a chalkboard and demonstrated the techniques necessary to use electron microscopes. These videos show what the microscope displays, what buttons to press, and what nodes to turn, and places this practical instruction alongside theoretical diagrams that explain how and why the technique works.

Video became such a useful, interactive way to teach cryo-EM that Jensen postponed a plan to write a textbook on the subject. Thanks to his work, people all over the world can access an introduction to cryo-EM, while specialists in the field who take microscope readings, purify proteins, or process data can watch his later lectures to learn more about their task.

"This was a special situation where a field was exploding," Jensen says. "I was fortunate to be one of a privileged few that had a chance to learn it face to face, and then Caltech provided me the resources to share that with the world."

Jensen, who is on leave from Caltech, will be Dean of the College of Physical and Mathematical Sciences at BYU starting November 1; his videos remain available to Caltech students and others worldwide to hone their skills in cryo-EM. 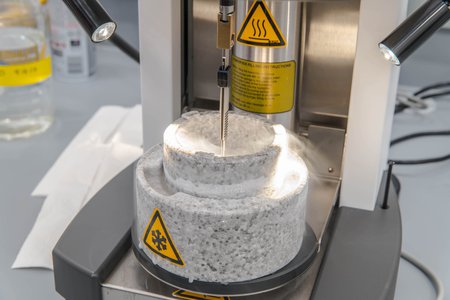 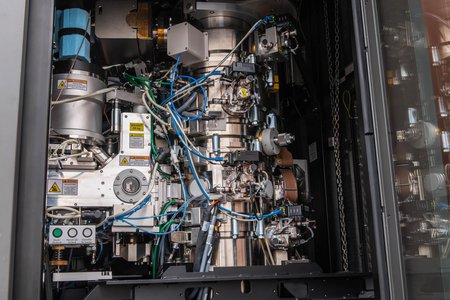 Krios, in the Jensen lab, is a 300-keV cryo-electron microscope is equipped with a Gatan K3 direct electron detector, a high-precision stage for fast tilt-series acquisition, and a Volta phase plate. It represents the current state-of-the-art for tomography and single particle cryo-EM. Credit: Lance Hayashida / Caltech
Image Gallery Lightbox 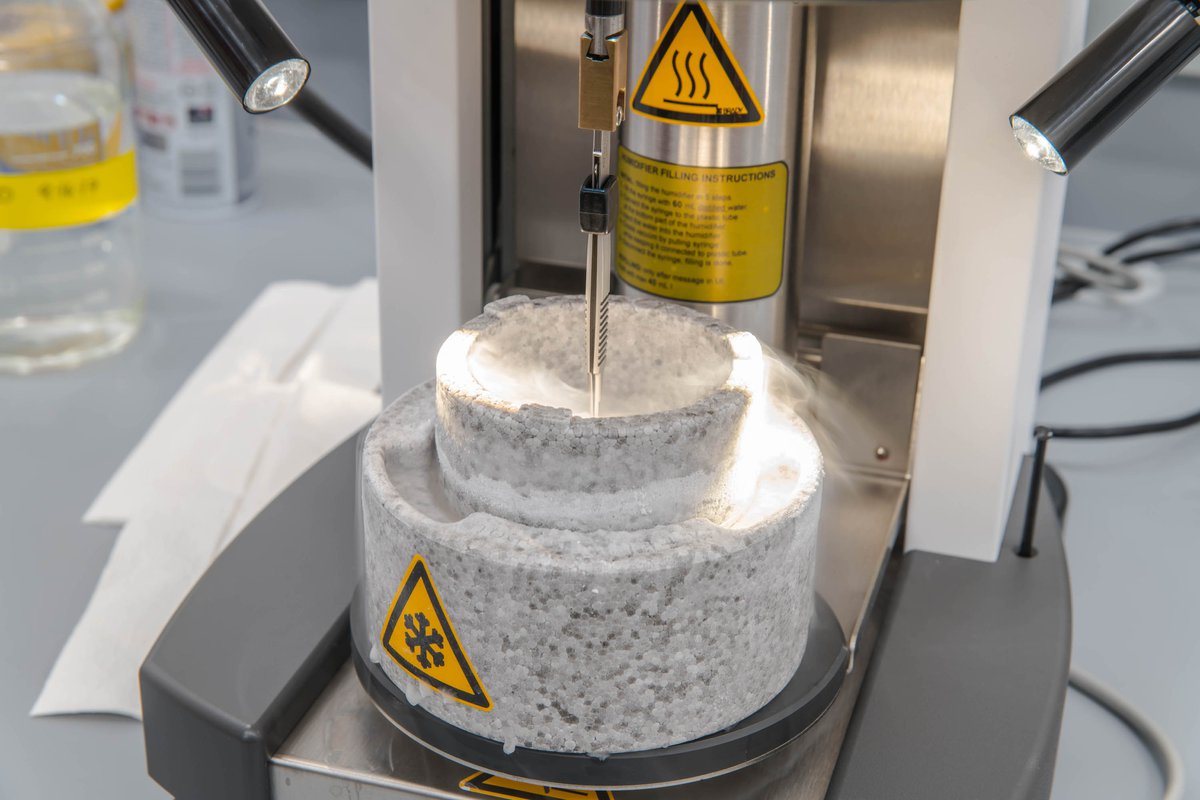 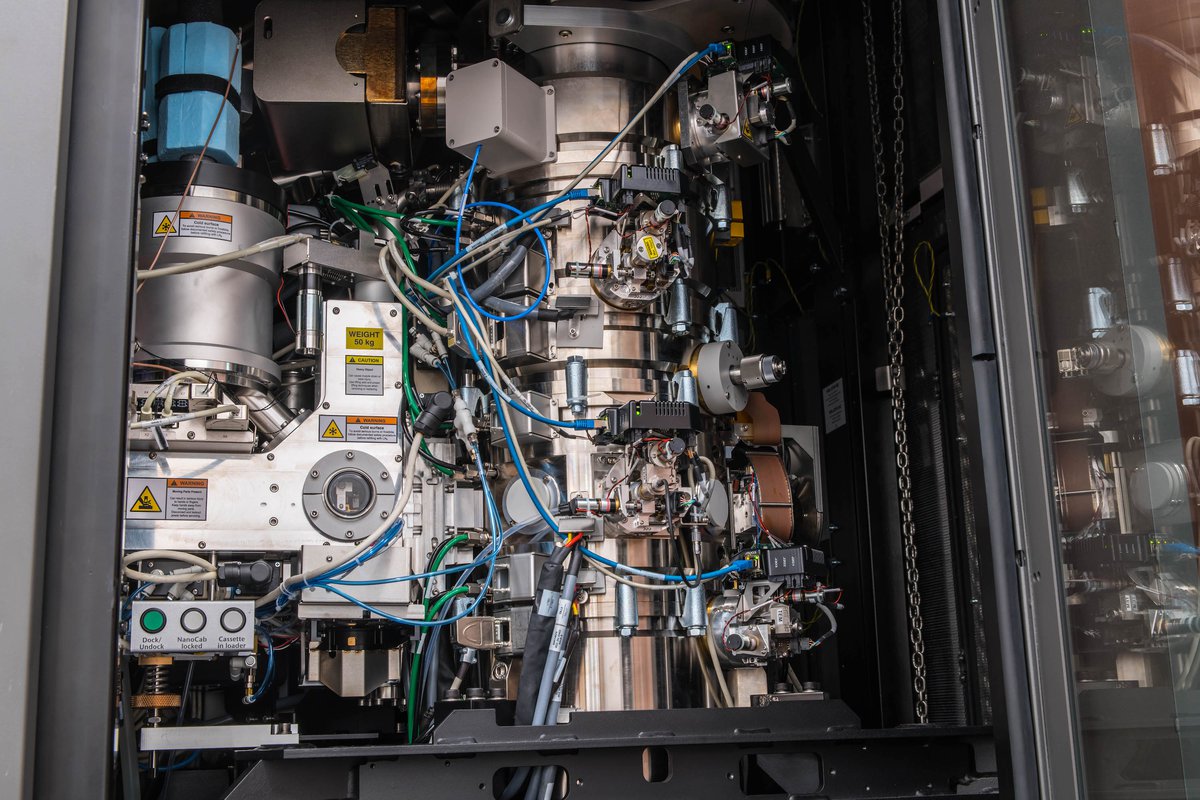 Krios, in the Jensen lab, is a 300-keV cryo-electron microscope is equipped with a Gatan K3 direct electron detector, a high-precision stage for fast tilt-series acquisition, and a Volta phase plate. It represents the current state-of-the-art for tomography and single particle cryo-EM.
Credit: Lance Hayashida / Caltech
Download Full Image