Jean-Paul Revel, the Albert Billings Ruddock Professor of Biology, Emeritus, died on December 4 at the age of 89. Revel served as dean of students at Caltech from 1996 to 2005.

Born in France, Revel graduated in 1949 from the University of Strasbourg where he was enrolled in medical school, following in the footsteps of his father. At the end of World War II, he immigrated to the United States, where, as a family member recalls, he "talked his way into graduate school at Harvard" on the basis of his only publication then to date, a book of flowers he had made while he and his family were in hiding in the Alps during the Nazi occupation of France. He earned his PhD in biochemistry from Harvard in 1957.

Revel is widely recognized for being the first to identify and characterize gap junctions, where cells exchange small molecules and ions to communicate. While at Harvard, Revel first worked on identifying gap junctions in bats. He and a colleague would regularly make the trip from Boston to New Jersey, where a sympathetic farmer let them collect bat specimens from his barn.

After a number of years on the faculty of Harvard Medical School and Cornell Medical School, he came to Caltech as a professor of biology in 1971. He was named the Ruddock Professor in 1978.

Bruce J. Nicholson (PhD '83), now professor of biochemistry at University of Texas Health at San Antonio, was one of Revel's graduate students at Caltech.

"Jean-Paul Revel was a remarkable educator and a great human being," Nicholson says. "I joined Caltech in 1976 as a graduate student looking to study molecular neuroscience. While my pathway to Jean-Paul's lab was not straightforward, it was the best decision I ever made at Caltech. Jean-Paul had a method of challenging you and making you work out your own way with just occasional nudges to make you change course when required."

Revel's enthusiasm for the study of gap junctions influenced many of his fellow researchers. Dale Laird, who was a postdoctoral scholar with Revel and is now a professor at Western University in Ontario, Canada, says, "He was a wonderful person who profoundly shaped my career. It was Jean-Paul's excitement about gap junctions that led to my own aspiration to spend the next 30 years interrogating this unusual family of channels. Jean-Paul's generosity with both his time and resources directly fostered my getting established within the gap-junction community."

Many of Revel's electron micrographs were featured in Caltech's E&S (Engineering & Science magazine (now Caltech magazine). A piece about his work using new scanning electron microscope technology to look at cells appeared in the magazine in 1973, and he wrote an article titled "Cell Biology of Heart Disease" that appeared in the January 1987 issue.

At Caltech, Revel was revered for his warm and enthusiastic commitment to undergraduates. A popular teacher, he was a recipient of the Associated Students of Caltech's teaching award and, according to a profile in the Caltech Archives, he "[could] attract record numbers of students to 8 a.m. classes."

Lily Jan (MS '70, PhD '74), now a Howard Hughes Medical Institute Investigator at UC San Francisco, was a graduate student in the laboratories of both Revel and Nobel Laureate Max Delbrück [Board of Trustees Professor of Biology, Emeritus, at the time of his death in 1981]. "Jean-Paul took me in as a total novice shortly after my transfer from physics to biology in graduate school at Caltech and tutored me himself about various ways of looking into a cell with microscopy," she says. "I have vivid memories of him working with me over the weekend to show me how to purify hemocyanin, teaching me everything including ways to prepare prints in the darkroom for figures."

Revel was a proficient watercolor artist and perfected his skills in airports while traveling to various meetings as well everywhere else he found himself with available time. He was never without his travel box of paints so that he could amuse himself while enduring unexpected wait times.

Revel enjoyed being out in the natural world, from the times he hiked as a boy with his younger brother through the Swiss Alps collecting flowers to climbing mountains in New England. His family recalls that Revel would frequently tell the story of how he just managed to use his ice ax in time to save himself from tumbling over a precipice when practicing glissades on an ice field on Mt. Washington. He is remembered as an exuberant, intrepid explorer.

According to family members, Revel loved animals, especially hummingbirds, a frequent subject of his drawings. A capable photographer, he watched them carefully to admire their in-flight maneuverability and to capture their images on film. His curiosity extended far beyond the ordinary, as when he put an ant in the viewing area of a scanning electron microscope, just to see what would happen. After watching it run around in the petri dish for a few minutes—surprising, considering the vacuum and intense electric fields there—he brought it back out of the microscope and let it back into the wild, none the worse for its unusual experience.

Many of his former colleagues and students remember Revel as a kind and helpful person.

James Hudspeth, a Caltech professor from 1975–83 and now a professor at Rockefeller University, says, "Jean-Paul was a special person for many of us, one whom we shall miss. When I was a very lonely and poorly supported graduate student coping with the Vietnam War as well as a society that was nearly as disrupted as that now, Jean-Paul provided me with the strongest of personal support and scientific encouragement. He also taught me something of extraordinary value—which I recently acknowledged in a lecture—which is how to think like a cell. That point of view has been critical in my own research career, and I have done my best to pass it on to my colleagues."

Nicholson, Revel's former grad student, adds, "I recall his empathy and the caring he showed each of us in the lab. For me, this was most evident when, in my final year of graduate school, I found out I was going to be a father. This was great news, except that, at the time, student health insurance did not cover any costs of childbirth. So, Jean-Paul fast-tracked my graduation and hired me as a postdoctoral fellow a few months before my daughter's birth just to ensure we were covered. For that reason, among many others, we asked him to be godfather to our daughter, and I can still recall many years later on a visit to us in upstate New York, where I was a faculty member, his reading stories to both my daughters. It was near Christmas, and with his white beard and ready smile, my daughters thought he was Santa."

Revel is survived by his three sons, David, Daniel, and Steven; four grandchildren; and two brothers, Michel and Daniel.

A short version of this obituary was published on December 6, 2020. 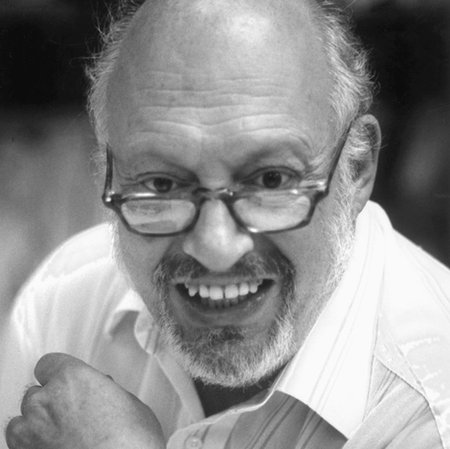