Of the many ways to treat cancer, the oldest, and maybe most tried and true, is surgery. Even with the advent of chemotherapy, radiation therapy, and more experimental treatments like bacteria that seek and destroy cancer cells, cancers, very often, simply need to be cut out of a patient's body.

This is especially problematic when a patient is suffering from a cancer that afflicts bones; bones present unique challenges during surgery because of how hard they are compared with other tissues and because they grow back much more slowly than other kinds of tissue. 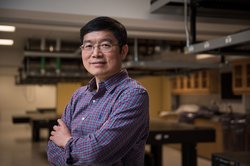 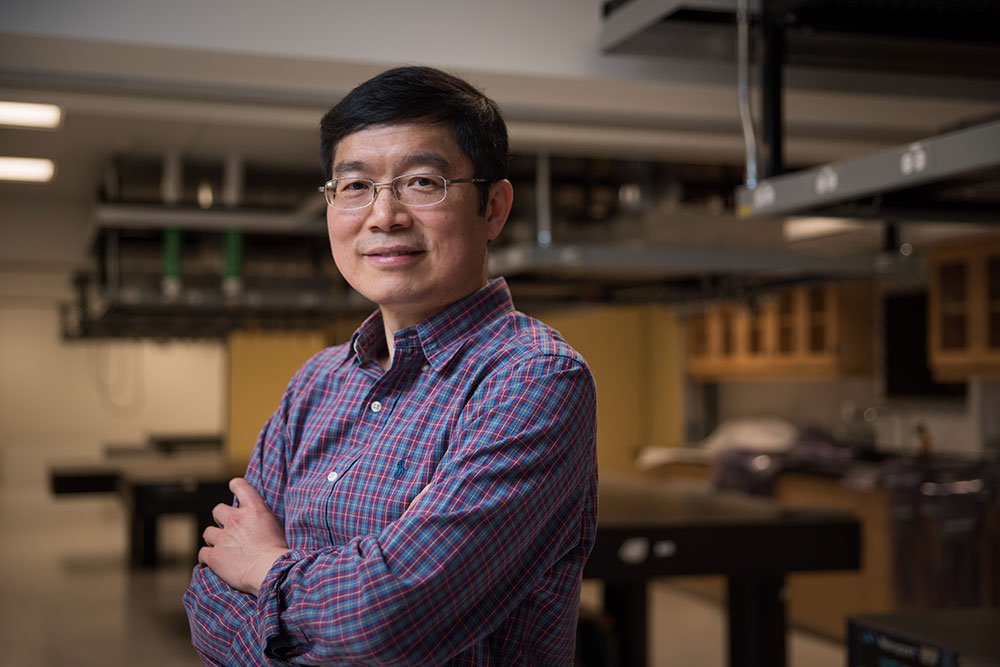 A new diagnostic imaging technology developed by researchers at Caltech is offering surgeons the ability to make cuts 10 times more precisely, allowing them to preserve as much as 1,000 times more healthy tissue and to give patients easier recoveries.

The traditional methods used to determine whether a piece of bone contains cancer cells are time-consuming. The chunk of bone is removed and sent to a lab where its hard calcium matrix is slowly dissolved, leaving only the living cells behind. The remaining material is then sliced and imaged. Because the process can take anywhere between one and seven days to complete, surgeons cannot rely on it during surgery to determine the health of the bone around and near a tumor, and so they will remove even more of it than might be necessary—and more than they would in softer tissues that can be quickly biopsied.

The new imaging technology, called real-time 3-D contour-scan ultraviolet photoacoustic microscopy, or UV-PAM, is meant to replace the traditional method of identifying cancerous bone tissue. Because the process takes just minutes, it provides a surgeon with the ability to differentiate healthy bone from cancerous bone while they operate.

Like other photoacoustic imaging technologies developed by Wang, UV-PAM works by using laser light to cause molecules in living tissue to vibrate. Those vibrations happen at ultrasonic frequencies and can be used to image tissues and organs in the same way that that ultrasound is used to image a developing fetus.

UV-PAM uses ultraviolet wavelengths of laser light tuned to cause molecules of DNA and RNA to vibrate. Because cancer cells are structured differently, packed more densely, and contain much more DNA than healthy cells, an area of cancerous tissue will absorb more of the UV light and thus will provide a stronger ultrasonic signal than healthy tissue, making it possible for the surgeon to clearly identify areas of bone that need to be removed.

"We can provide results within 11 minutes, so they know exactly where to cut," Wang says.

The technology provides doctors with an image of the bone that they have scanned that is formatted to look like the images that are created through traditional biopsy techniques.

"We just present images to the pathologists," Wang says. "They use the same pattern recognition in their own brain to determine what is cancerous and what is healthy. That's their training."

Right now, the technology is only being demonstrated in a laboratory setting. Wang says he hopes to take it into the real world where it can be used on patients, but first he plans to make some improvements.

"We would like to give it even finer spatial resolution and greater imaging speed so we could even see some of the details within the cell nucleus more rapidly," he says. "Can we go beyond standard pathology? We are working on that."

Funding for the research was provided by the National Institutes of Health. 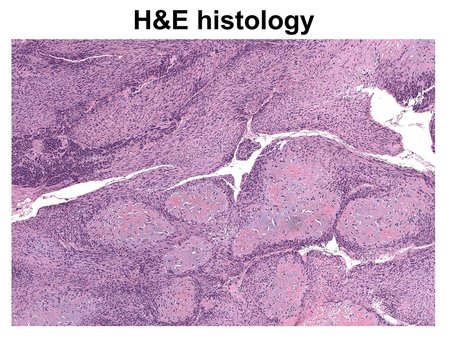 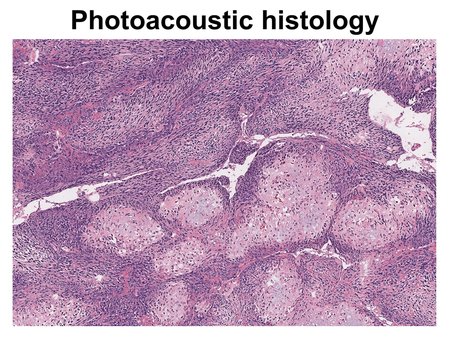 An image of cancerous tissue prepared with the UV-PAM method. The results are very similar to those produced with the H&E method, but are ready much faster. Credit: Caltech
Image Lightbox
Subscribe
The Caltech Weekly