Mikhail Shapiro, professor of chemical engineering, has been named a Howard Hughes Medical Institute (HHMI) Investigator. He is one of 33 scientists named as investigators this year by HHMI, a nonprofit medical research organization founded by the late billionaire, engineer, pilot, and movie producer Howard Hughes. Shapiro is joining approximately 250 other scientists who have been named as investigators to date.

According to a release issued by HHMI, the investigators were chosen "because they're thoughtful, rigorous scientists who have the potential to make transformative discoveries over time."

Shapiro was chosen for his work using sound waves to image and control the behavior of cells within living tissues. Shapiro's research has taken a well-established imaging method and reimagined it. The work makes use of so-called reporter genes—specialized sections of DNA inserted into the genome of a cell as a marker. Historically these genes have encoded fluorescent proteins that cause a cell the glow under certain conditions. The problem, however, is that the glow of those fluorescent proteins cannot be seen if their host cells are located deep inside living tissue. Shapiro's novel solution: acoustic reporter genes. Instead of making a cell glow, these genes cause it to give off an acoustic signature when struck by ultrasound waves.

Ultrasound has already been used for imaging the anatomy of large structures like organs or a developing fetus, but Shapiro's work has now given scientists the ability to image single cells or follow the activity of proteins with sound. In addition, Shapiro's lab has developed complementary technologies that allow focused ultrasound to serve as a remote control, instructing cells to carry out programmed functions at specific locations.

"Some of the scientists I admire most, both at Caltech and at other institutions, are HHMI investigators. To join this illustrious group is an enormous honor," Shapiro says.

HHMI investigators will receive around $9 million in funding for their research over a seven-year term, with this year's cohort representing a $300 million investment by HHMI into research.

Other HHMI investigators from Caltech are:

For more information on the HHMI Investigator program, visit https://www.hhmi.org/programs/biomedical-research/investigator-program.

Mikhail Shapiro is an affiliated faculty member of the Tianqiao and Chrissy Chen Institute for Neuroscience. 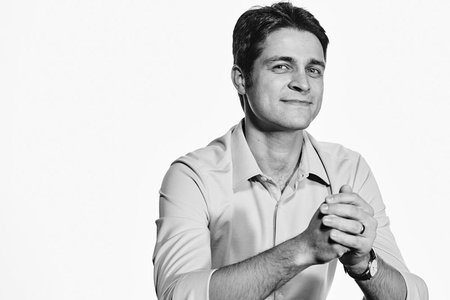