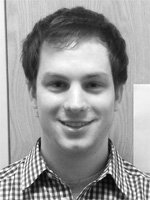 I work on molecular computation, specifically DNA computation. We use DNA as our building block for computation because it is easy to control the design and reactions that we want to happen. Recently, we created a new DNA-based neural network architecture in which DNA could be used to recognize complex molecular patterns right in the test tube.

Before coming to Caltech, I completed my undergraduate studies in chemical engineering at Purdue and also worked at the National Institutes of Health doing image processing on medical images.

Lulu Qian, my advisor, was the reason I came to Caltech. Her research on DNA computation is the perfect combination of the two fields that I was interested in—experimental lab work in bioengineering and computer work with machine learning. I wanted to put these two together, so I emailed Lulu. I had a clear plan of what I wanted to work on before I even interviewed, which is unusual, but now five years later, I'm doing exactly that work. This was my top choice for graduate school because Caltech is the hub of molecular computation.

Caltech is also very small so it's easy to collaborate or learn about things outside of your area. In BE 196 (Design and Construction of Programmable Molecular Systems), I'm one of three TAs but there are usually fewer than 10 students in the whole class. It's really personal and the students get the flexibility to explore and design the course projects themselves. One of the best classes I have taken was Data Analysis in the Biological Sciences (BE/Bi 103), which really advanced my abilities and interest in areas that I was a novice in, like coding. 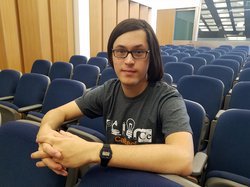 I'm interested in using deep neural networks to analyze brain activity captured during altered states of consciousness—specifically sleep and general anesthesia. Previously, these field potentials had to be classified by hand, with someone picking out the relevant features to different brain states. You could look at an electroencephalogram and generally know whether it was taken from someone who was awake or sleeping. But, there's a lot of noise, and potentially a lot of subtle features that we're not seeing. So, I'm training neural networks to do this work for us, to learn how to identify altered states of consciousness and the differences between them.

Prior to coming to Caltech, I was working as a research associate at MIT and Massachusetts General Hospital, studying how you could use optogenetics to control brain states. For example, could you take a mouse and instantly shift it into REM sleep with optogenetics? Could you bring someone out of general anesthesia by activating certain brain circuits? This research was very exciting and I knew I wanted to pursue something related to sleep and general anesthesia in graduate school.

Most neural network research is done with respect to computer science and engineering, not so much with neuroscience. I wanted to find a program to combine machine learning and neuroscience. Caltech CNS was very highly recommended to me by a colleague at MIT, who got his PhD here in CNS. It was actually the first program of its kind—we just celebrated our 30th anniversary.

What's particularly exciting for my research is that Caltech has been developing the next generation of electrophysiological recording techniques, which will enable us to record the activity of thousands of neurons at a time. This is giving us massive amounts of data to train neural networks with.

Caltech is also great because it's compact but not crowded at all. You really have a lot of space—physical lab space—to do your work. 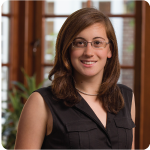 I had no background in this field before coming to Caltech, but during my rotation in the Guttman laboratory, I became really excited about the nuclear structure field and wanted to better understand how lncRNAs are organized in the nucleus. During my rotation, I had a lot of fun discussions with Mitch [Guttman] and did a lot of reading in the field. Before coming to Caltech as an undergrad at Princeton, I had been working in microbiology, specifically looking at quorum sensing in bacteria. This was my first time transitioning into mammalian cells. After my rotation working in the Guttman lab, I decided that I wanted to transition to understanding how DNA and RNA are organized in the nucleus in mammalian cells for my PhD.

I was first interested in the Biology option because of its flexibility in the classes that you are required to take, and how students are encouraged to dive into research by starting rotations as soon as possible. When I interviewed, I was even more drawn to Caltech—I really enjoyed my conversations with the faculty, and I felt like I was treated as a colleague by the professors. It was easy to discuss science with them, and it was clear how passionate they were about their work. I could easily see myself rotating with several of the faculty members after my interviews.

I feel that Caltech has really prepared me for a career in academia. In addition to research during my PhD, I've had a lot of wonderful opportunities to work with both summer students and rotation students and those have been really great mentorship experiences, as well as teaching experiences from TA-ing courses. These opportunities have really helped me solidify my goal of being a professor and having a research lab in biology one day. 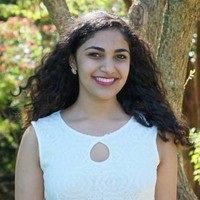 My research is in behavioral neuroscience. I'm working on training mice to complete various behavioral tasks to establish a record of their cognitive capabilities. Mice are used as model organisms for many aspects of neuroscience, but there haven't been a lot of studies that fully document the types of logic a mouse can apply when navigating a maze, or performing a task. I'm hoping to clear up some of the ambiguity when it comes to the limits and the lower bounds of a mouse's cognitive abilities. I'm also planning to record from the neurons while the mice are performing these tasks in hopes of figuring out the underlying circuitry that allows mice to make behavioral decisions.

I've had broad interests up until this point. My first research experience was working with electric fish, and I did computational biology during undergrad. I also did a [Summer Undergraduate Research Fellowship] here at Caltech and really enjoyed my experience, which was a primary motivator for coming here. I was interested in neuroscience, so I was choosing between the computational neural systems and neurobiology options. I chose neurobiology, which is biology-focused but still a very quantitative program. The professors give us a diverse set of skills to use computational and mathematical tools for neurobiological applications.

In addition to research, I'm a diversity ambassador with the diversity center. I work with Admissions to recruit minority students into STEM PhD programs, whether that's having lunch or giving lab tours to prospective students, basically any type of diversity recruitment related needs.

I really like science outreach and Caltech there is a lot of opportunity to engage and interact with the community. It's so small so the administrators are accessible, and if you have ideas of new programs to create, there's always a way to make that happen.