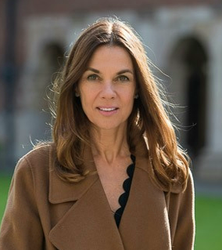 Magda received her undergraduate degree from University of Warsaw and her doctorate degree from University of Warsaw and Oxford University. She performed post-doctoral work with Sir Martin Evans (now Nobel Laureate) of Cambridge University. She established her independent laboratory at the Gurdon Institute in Cambridge in 1997, and assumed the position of Professor of Mammalian Development and Stem Cell Biology in the Department of Physiology, Development and Neuroscience in 2010.

Magda's recent achievements have not only firmly established her as a leader in the field, but also catapulted the whole field forward. For example, in a ground-breaking paper in 2016, she succeeded in extending the time during which mammalian embryos can be maintained in culture by developing methods for culturing both mouse and human embryos to post-implantation developmental stages (Nature Cell Biology, 2016). This is a huge advance that has made it possible to examine the development of living mouse and human embryos at stages that were previously inaccessible since they occur in utero. As a measure of the importance of this work, it was the "people's choice" of Science Magazine's Breakthrough of the Year, 2016. Perhaps even more exciting, she has recently succeeded in creating "synthetic" early stage mammalian embryos by combining just two types of embryonic stem cell types (Science, 2017). These synthetic embryos are remarkably similar to normal embryos and will make it possible to study and uncover important self-organizing principles that govern early development. This later work is particularly exciting because it represents a strong coupling between engineering and discovery science; a coupling that can truly flourish in the interdisciplinary environment of Caltech. Magda's trail-blazing studies are likely to change what is possible for the entire field. 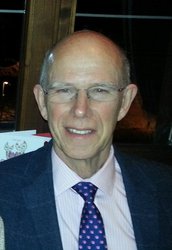 David is a preeminent cell biologist with a history of landmark discoveries of the molecular mechanisms underlying mitosis (i.e., cell division). His work focuses on early steps in mitosis that involve the assembly and function of the macro-molecular machines responsible for cell division. Dr. Glover has also had a distinguished career in community service as a journal editor and science advisor. His honors include election to the Royal Society in 2009.

David received his undergraduate degree from the University of Cambridge, and his doctorate from University College (London).