Our laboratory is interested in immune recognition of viral pathogens. We are particularly interested in understanding the immune response against HIV-1 and influenza in order to develop improved therapeutics. We use X-ray crystallography, electron microscopy, and biochemistry to study pathogen envelope glycoproteins and host immune response proteins. Using structural information and alternate antibody architectures, we are engineering antibody-based reagents with increased potency and breadth. We are also investigating the structural correlates of broad and potent antibody-mediated neutralization of HIV-1 to better understand what leads to naturally-occurring broad and potent antibodies. In related work, we use 3D imaging techniques such as electron tomography and fluorescent microscopy to investigate HIV/SIV infection in animal and human tissues. Examples of our research are described below.

2. Discovery of a new epitope for antibodies on HIV-1 Envelope. We developed a computational tool (Antibody Database) to help identify critical residues on the HIV-1 envelope protein whose natural variation affects antibody activity. As a test case, we analyzed antibody 8ANC195, an anti-gp120 antibody of unknown specificity. The bioinformatics tool was able to accurately predict that 8ANC195 recognizes a previously-undescribed epitopes on HIV-1 envelope trimers, of relevance because characterized targets for broadly neutralizing antibodies against HIV-1 had been limited. We defined the new site of vulnerability on HIV-1 envelope by solving structures of 8ANC195 complexed with monomeric gp120 by X-ray crystallography and trimeric envelope by electron microscopy.

3. Improving HIV-1 antibodies using structure-based design. In the mid-2000s, we became interested in using our expertise in antibody structure and function, derived from studying antibody complexes with FcRn and other Fc receptors, to understand antibody evasion by a rapidly-mutating virus, HIV-1. Designing effective strategies to combat HIV-1 requires structural knowledge of how antibodies recognize HIV envelope proteins and how they are used by the immune system to eliminate viruses and virally-infected cells. The recent availability of broadly neutralizing anti-HIV-1 antibodies (bNAbs) with unprecedented potencies, as well as natural variants with differing potencies and breadths, offered the opportunity to determine the structural correlates of broad and potent neutralization. We solved crystal structures of HIV-1 bNAbs bound to their envelope antigens, and then used a combination of structure-based rational design and bioinformatics to improve their potencies and breadth. These multi-disciplinary studies revealed mechanisms by HIV-1 both successfully and unsuccessfully evades bNAbs that are relevant to current attempts to use bNAbs for prevention and/or treatment of HIV-1 infection.

4. FcRn structural biology. Prior to developing a fully-functional immune system, mammalian young utilize maternal IgG antibodies transported across epithelia by FcRn, the neonatal Fc receptor. In newborns, FcRn transfers IgG in ingested milk to the bloodstream during apical-to-basolateral transcytosis across intestinal epithelial cells. We initiated structural and biochemical studies of FcRn in the early 1990s to understand how FcRn, a homolog of class I MHC molecules, could interact with a macromolecular ligand (IgG) instead of a peptide ligand given that the MHC structure seemed to have evolved for its peptide-binding function. Our crystal structures of FcRn alone and FcRn/Fc complexes revealed an Fc receptor with an MHC-like fold except for a closed peptide-binding groove, which interacts with IgG Fc in a manner different from MHC interactions with peptides or T cell receptors. After defining the biochemical mechanism for the sharply pH-dependent interaction between FcRn and IgG, we switched to cell biological studies of FcRn-mediated IgG transport. We used electron tomography, a form of three-dimensional electron microscopy, to investigate how FcRn-IgG complexes in intracellular vesicles are delivered to their destination within a cell, how vesicles move within the crowded cytoplasm, and whether there are specialized vesicles and/or a defined temporal path for FcRn-mediated transcytosis.

5. MHC structural biology. MHC-restricted recognition of antigen by T cells is well-understood today as resulting from T cell receptor (TCR) binding to a peptide embedded in the groove of an MHC molecule. But in 1974, when Zinkernagel and Doherty showed that T cell killing of virally-infected target cells required dual recognition of MHC plus antigen, the nature of MHC-restricted antigen recognition was mysterious. In 1979, as a beginning graduate student in Don Wiley's laboratory, I initiated a project to crystallize and solve the 3-D structure of the human class I MHC protein, HLA-A2. During this time, the altered self hypothesis for MHC-restricted antigen recognition by T cells raised the possibility that the mysterious dual recognition properties of T cells might be understood by taking the structures of a viral antigen and a MHC protein and docking them together as a complex. We know now that T cells do not recognize intact viral antigens complexed with MHC molecules, but when we published the first MHC structure in 1987, the discovery of a peptide occupant in the HLA-A2 binding groove came as a big surprise. The fact that HLA-A2 contained bound peptide(s) implied that MHC proteins always present peptides to the immune system, thus the immune system must have a way to distinguish innocuous self peptides from potentially dangerous foreign peptides. This, in turn, suggested what goes wrong during an autoimmune disease: T cells mistakenly recognize a self peptide as foreign, and destroy healthy cells and tissues. In addition, the MHC structure provided a molecular explanation for the phenomenon of MHC-restricted recognition by T cells: since the antigenic peptide is buried in a groove between two helices, T cell receptors recognize specific features of the MHC helices as well as the bound peptide. 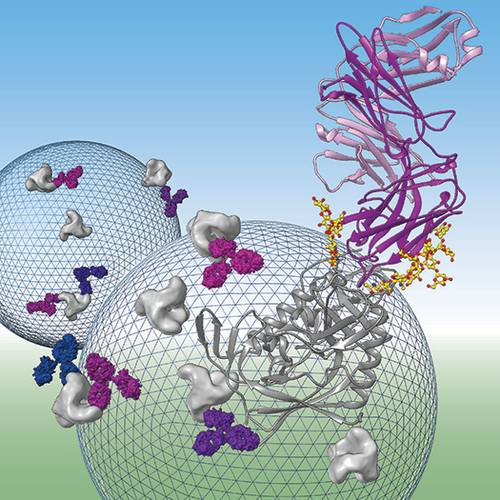 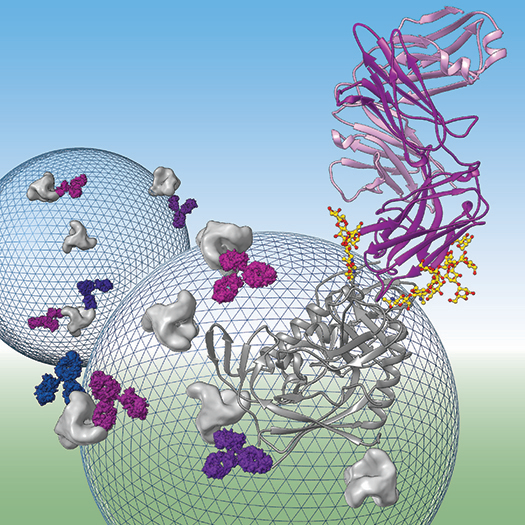